What are Jisc Doing? 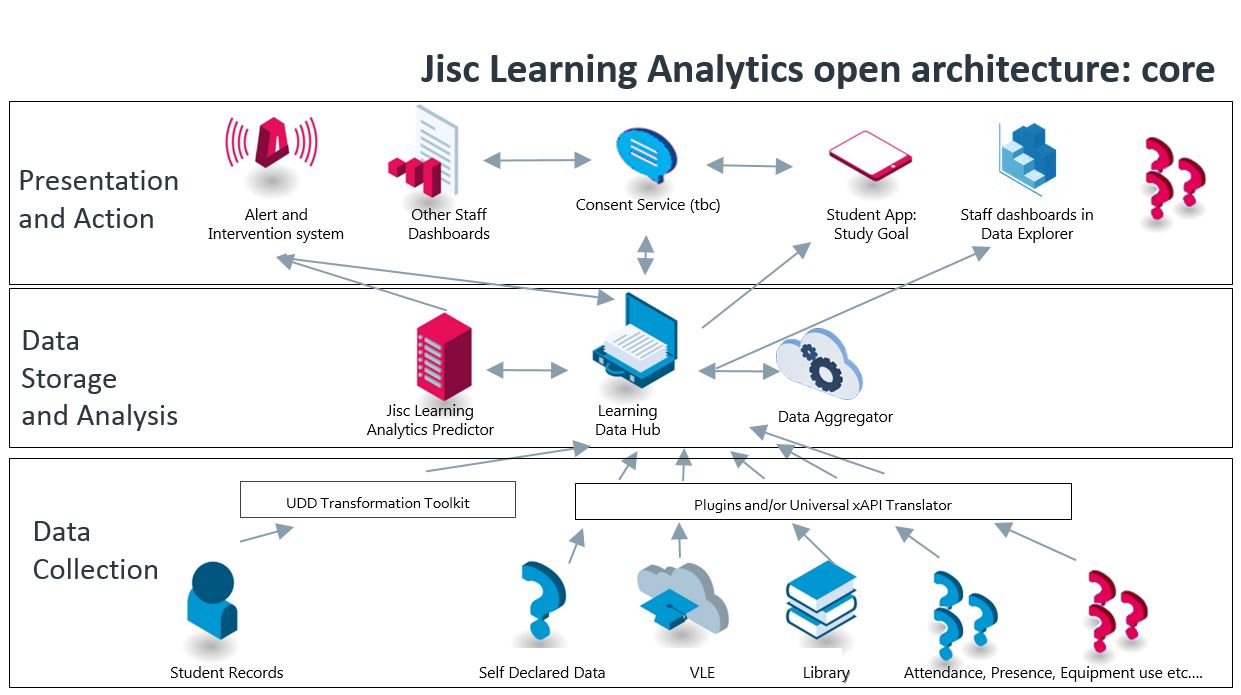 Data can be broadly split into two categories - data about the student, and about what the student does.

Data about the student

Data about the student covers who the student is, what courses they are taking, and what grades they get. This data is typically held in a student record system, and data is collected in a standard format called the Universal Data Definition (UDD). You can find more about the UDD in the UDD Documentation. Data is transferred using a standard Extract-Transform-Load (ETL) process.

Activity data describes what a student does, including using a VLE, attending a lecture or using a system. This is collected in a standard know as xAPI. The core idea is that the same event is described in the same way regardless of what system you use. So logging in looks the same whether you use Blackboard or Moodle, for example. You can find out more about xAPI in our xAPI documentation

Data is stored in a central, cloud based location, in our Learning Data Hub. Each institution's data is stored in their own area in the hub, and they can only see their own data. You can found out more in our LRW Documentation

The learning analytics processor takes the data from the learning data hub and runs predictive models to determine whether, for example, the student is at risk of failing. There are a number of suppliers of products in this space. During the pilot phase Tribal provided Student Insight, and Unicon support an open source solution. Jisc are now also working with a number of other major suppliers of services in this space.